People born with spina bifida frequently also have hydrocephalus, however an individual may have hydrocephalus without having spina bifida. Hydrocephalus is a condition in which normal cerebrospinal fluid (CSF) circulation patterns are interrupted. The two most common causes of this are accidents and birth defects; however hydrocephalus can also occur as a result of brain tumors, cysts, scarring, infection, drug reactions and as a part of the aging process.
It can be controlled by the surgical insertion of a shunt (a long, flexible tube with a one way valve that drains excess fluid to an area in the body where it can be absorbed).

Who can have Hydrocephalus?

What are the symptoms of Hydrocephalus?

How is Hydrocephalus treated? Hydrocephalus is usually treated by implanting a shunt surgically, that takes away the excess cerebrospinal fluid from the brain and drains it into another part of the body.
There are many different types of shunts but the most common ones are:

A shunt usually only consists of three parts:

It is important to recognize when the shunt is malfunctioning or is experiencing a blockage or infection.
Shunt blockage may be caused by the blocking of tissue, blood cells or bacteria growths. It could also be blocked if parts of the shunt separate or if the position of the shunt changes.

Obstruction of any sort will produce signs and symptoms of increased pressure in the head. Partial obstruction could result in occasional headaches, nausea, vomiting, drowsiness, listlessness and decreased mental function.

Infection usually happens due to bacteria found normally on the skin, and occurs in 8 to 12% of all shunt surgeries. The shunt may get infected up to six months after surgery. Infections of the shunt can be life threatening and must be treated right away to reduce the risk of brain damage or death.
Symptoms to look out for in a proximal catheter-end infection:

Symptoms to look out for in a peritoneal catheter-end infection:


If any of these symptoms are occurring, you must seek medical attention immediately. Shunt infections are treated through surgically removing the infected shunt, the placement of a temporary external shunt, antibiotics to heal the infection and the surgical placement of a new shunt. 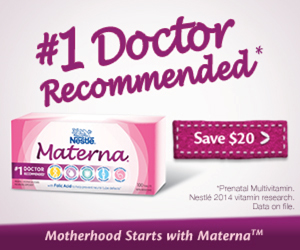